Salton Sea Beach is a tiny, sleepy town located at the northwestern edge of the Salton Sea. Like other not-so-lucky settlements along the sea’s shoreline, rising waters hit the town hard during the late 1970s and 80s. Most business and residences flooded along the beachfront were shortly abandoned thereafter. The ghostly shells of these structures are still standing amongst a salt-crusted landscape that is, for the most part, easily accessed.

Early residents at Salton Sea Beach included Helen Burn’s family who bought property there in the 1920s. After Helen graduated from college she returned to the area in 1947. Divorced with two young daughters she proceeded to fix up the property that upon arrival had no electricity or potable water. Soon after she opened a small palm-thatched snack bar and souvenir stand along the beachfront. The majority of her early customers were undocumented workers traveling from Mexico through the area in search of migrant farm labor in the Imperial and Coachella valleys.

Over time, Helen's Beach House became a popular destination for beach goers, boaters and fisherman allowing her to expand her establishment with a full restaurant, nightclub and marina. Hosted events included luau-themed parties, beauty pagents and competitive sporting events such as water skiing contests or speedboat races. Burns, in later years, published a small local newspaper called the Salton Seafarer until her death in 1994, “designed to bring the communities around the sea closer together and to keep the image of the sea before the public.” Over a ten-year period her business suffered no less than four moves inland due to flooding. It turns out that her migrant customers were those who came to her aid and helped her relocate when necessary. 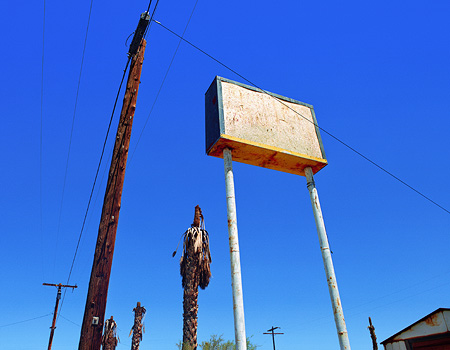